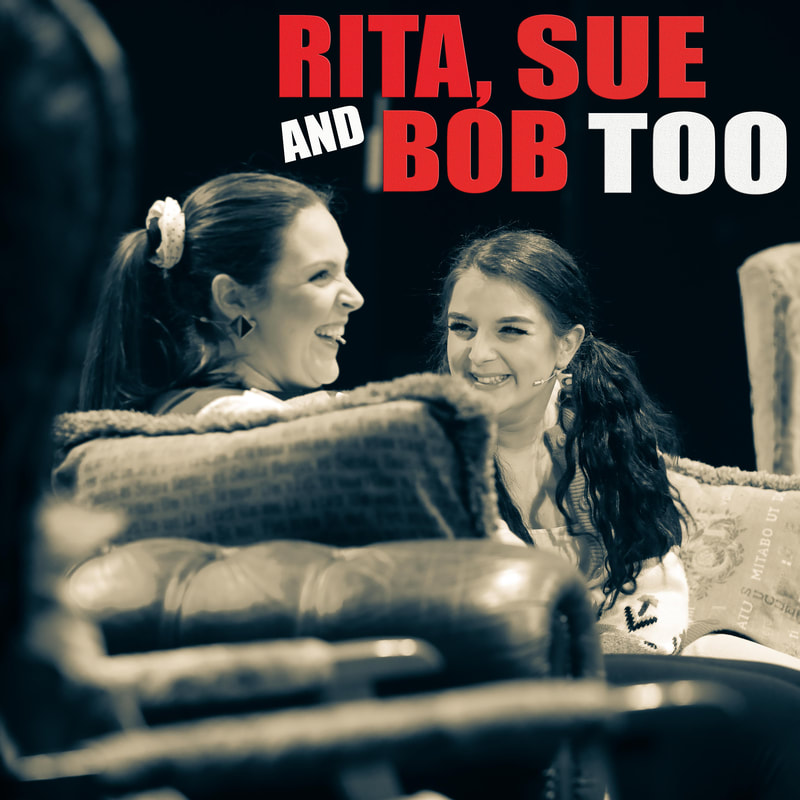 ​
Rita, Sue and Bob Too is a twisted, dark and hilarious comedy drama that tells the story of Rita and Sue, two working class girls from a rundown council estate who are about to finish their final year at school. In their spare time, they earn money babysitting for married couple Bob and Michelle. Behind Michelle’s back, Bob embarks on an affair with both Rita and Sue, who take it in turns with him in his car in the countryside. It is only a matter of time before Michelle and Sue's parents finds out and when they do sparks most definitely fly!

Andrea Dunbar’s semi-autobiographical work is a funny, touching and vibrant play, full of wicked humour and is a stark snapshot of 1980s northern working-class life, under an increasingly repressive Tory government. In 1986, the play was adapted into a film of the same name, and attracted a cult following due to its intimate portrayal of ordinary people’s lives

"Theatrical Powerhouse*" Diva Productions (Chicago, The Sound Of Music, The Full Monty and the sell out Rita, Sue and Bob Too (2017) are proud to be presenting this iconic production live on stage across Yorkshire in Autumn 2020.
​

​Tickets on sale across all venues soon