The Sound Of Music
Music by Richard Rogers, Lyrics by Oscar Hammerstein II, Book by Howard Lindsay and Russel Crouse
Suggested by "The Trapp Family Singers" by Maria Augusta Trapp 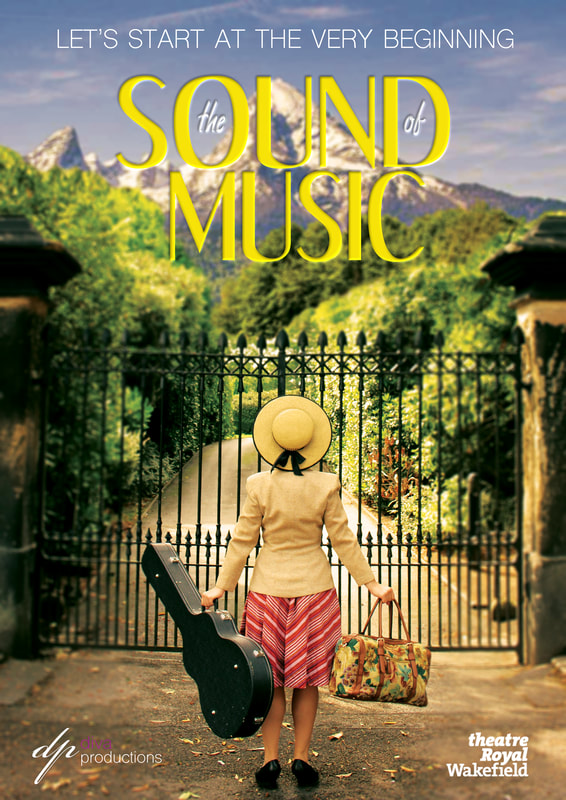 The final collaboration between Rodgers & Hammerstein was destined to become the world's most beloved musical. When a postulant proves too high-spirited for the religious life, she is dispatched to serve as governess for the seven children of a widowed naval Captain. Her growing rapport with the youngsters, coupled with her generosity of spirit, gradually captures the heart of the stern Captain, and they marry. Upon returning from their honeymoon they discover that Austria has been invaded by the Nazis, who demand the Captain's immediate service in their navy. The family's narrow escape over the mountains to Switzerland on the eve of World War II provides one of the most thrilling and inspirational finales ever presented in the theatre.

This family favourite contains the memorable songs "How Do You Solve A Problem Like Maria?", "Edelweiss", "Climb Every Mountain" and "My Favourite Things".

The motion picture version remains the most popular movie musical of all time. Diva Productions are excited to be presenting this much loved musical with their own unique style. ​

It hardly seems possible that this iconic musical has been around for nearly 60 years and still manages to draw good audiences - but then - true stories often do!
This delightful production encompassed everything that is true theatre. Andrew Ashley (Director and Co-Producer) must be congratulated for his vision of this production. He directed his cast sensitively and I could see a lot of hard work (and long rehearsals!) had been put into it, making it leap out from the stage and into the hearts of the audience - not easy, when we all know the story so well!

He gathered a talented cast around him - I was particularly impressed with Dale Vaughan's interpretation of Captain Von Trapp - a tough disciplinarian at the start,slowly melting under the sweet exuberance of Charlotte Spowage's Maria - these two actors worked so well together and with the children, there were times I had a lump in my throat at the tenderness in their scenes. They were well supported by other principals; the three main Sisters were suitably pious and acted well, in fact all the Nuns singing throughout was superb, along with Rea Lawrenson as a strong Mother Abbess, giving an excellent rendition of 'Climb Every Mountain'. Lauren de Boer (Elsa), Callum Convery (Max), Florence Booth (Liesl) and Chris Atkinson (Rolf), all gave assured performances, along with other small parts, well-drawn. It's very hard in this show to compete with the Von Trapp children - and they were very good! I love to see children really focussed during their scenes, showing real emotion and great talent without becoming robotic.

The Musical Director (Jonathan Mitra) had done an amazing job with the cast singing - diction was superb in all the musical numbers and the orchestra complemented the singers. Kimberley Baker (Choreographer) had chosen some well thought out dance moves for the children and also for the Captain and Maria's national dance - very authentic. The video and lighting for all Diva's shows are stunningly created by Andrew himself and this time it gave a great feeling of being in the mountains of Austria, along with the Von Trapp mansion and the Abbey, giving authenticity to the production. Andrew was aided by Andy Fretwell (Co-Producer) and the rest of the Creative Team.
​
This was a most professional production in the beautiful Wakefield Theatre Royal - please, continue to climb those mountains and bring us more musical shows of this calibre.

Andy Ashley -  Director / Producer
Andy Fretwell - Producer
Jonathan Mitra – Musical Director
Kimberley Baker – Choreographer
We are pleased to be working with the following companies on this production:
An amateur production by arrangement with R&H Theatricals Europe